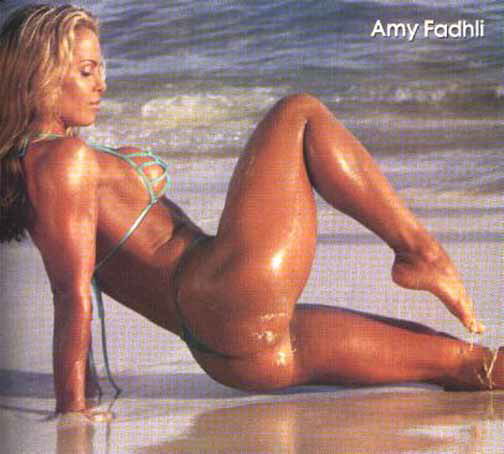 Cholesterol + Vitamin A + T3 (active thyroid hormone) = Sex Hormones . “A lack of (red) light or vitamin A (source: beef liver, egg yolks) can contribute to a rise in serum cholesterol and slowed conversion of cholesterol into bile salts and pregnenolone. Conversely, if cholesterol isn’t available in the required amounts, the consequences are similar to when cholesterol is very high – decreased production of pregnenolone, decreased resistance, & steroid hormone imbalance.” Rob Turner, Protect the Mitochondria Sex drive reducing factors: 1. High estrogen/low progesterone: signs of hormonal imbalance 2. Poor digestion: your body isn’t actually able to absorb nutrients from your food 3. Low fat diet: low fat diets lack an adequate amount of fat soluble vitamins that are needed to manufacture your sex hormones 4. Low calorie diet: your body needs calories to tell it conditions are safe for reproduction 5. Low nutrient diet: especially a diet low in cholesterol, vitamin A, vitamin E, and zinc 6. Stress: acute or chronic stress will alter sex hormone production to instead make more cortisol to fight stress! Sex drive increasing factors: 1. Adequate cholesterol in the diet: Cholesterol is a powerful antioxidant found in animal foods, but it’s also manufactured in your body. It’s estimated that your liver produces 80% of the cholesterol that you need, but 20% comes from the foods you eat. 2. Diet high in fat soluble vitamins: Vitamin A: Liver, egg yolks, full-fat dairy Vitamin D: Sunlight, egg yolks, full-fat dairy, beef liver Vitamin E: Milk, egg yolks, liver Vitamin K2: Butter, egg yolks, liver, cheese 3. Sufficient calories & carbohydrates: Healthy thyroid levels are dependent on adequate nutrition, especially enough calories and carbohydrates. . “Thyroid is the best way to regulate the system, keeping libido up, making orgasms satisfying.” Raymond Peat, PhD 4. Diet high in “whole animal” proteins: Eating a balance of proteins that mimics eating the whole animal helps to keep your liver and thyroid function optimal. Video from, the motion picture "Tampopo", 1985
“While we wait for life, life passes.” Seneca Photograph of, Rachel McLish #rachelmclish #seneca
<4 "Come into me. Let me remind you why human contact is an absolute necessity. Let me grab those hips of yours, and bring you in close enough to show you that you will never lose me. I want to bite your lips and fill your mouth with reasons why you'll never want to belong to anyone else. I'll let you trail your fingernails down my back as a map of the places you've taken me. You'll fill my ears with the noises you make and remind me that the only thing I want to get high off of is your laugh. And when I whisper that I love you, it'll never be out of secrecy, but rather out of the certainty that you literally leave me breathless."
Vit e counters the effects of polyunsaturated fat. Link in bio and discount code for @mitolife vit e pufa protect and all mitolife products. . “An editorial by Pinckney in the June 1973 issue of the American Heart Journal reviews evidence that the unsaturated fats hasten aging of the skin, are toxic to the both animals and man, and furthermore, that use of such diets has not prevented heart attack.” Broda & Charlotte Barnes . “When I was studying the age pigment, lipofuscin, and its formation from polyunsaturated fatty acids, I saw the 1927 study in which a fat free diet practically eliminated the development of spontaneous cancers in rats (Bernstein and Elias). I have always wondered whether George and Mildred Burr were aware of that study in 1929, when they published their claim that polyunsaturated fats are nutritionally essential. The German study was abstracted in Biological Abstracts, and the Burrs later cited several studies from German journals, and dismissively mentioned two U.S. studies* that claimed animals could live on fat-free diets, so their neglect of such an important claim is hard to understand. (*Their bibliography cited, without further comment, Osborne and Mendel, 1920, and Drummond and Coward, 1921.)” Raymond Peat, PhD . “Age pigment, lipofuscin, is produced in oxygen deprivation, apparently from reduced iron which attacks unsaturated fats. It has its own “respiratory” activity, acting as an NADH-oxidase. Melanin is produced by polymerization of amino acids, with copper as the catalyst. With aging, iron tends to replace copper. Melanin is an antioxidant. Thus, there is a sort of reciprocal relationship between the two types of pigment. A vitamin E deficiency relative to consumption of polyunsaturated fats, and an estrogen excess, accelerate the formation of lipofuscin. A 47 year-old woman who had only a few “liver spots” on the backs of her hands began taking large amounts of estrogen, and within a few months the brown spots had darkened and spread until most of her skin was covered with spots. When she stopped using estrogen, and applied progesterone topically, the spots disappeared.” Raymond Peat, PhD
“To complain is always nonacceptance of what is.” Eckhart Tolle Photograph of, Reg Park @jonjon.park #regpark #eckharttolle
<4 "I've always loved you, and when you love someone, you love the whole person, just as he or she is, and not as you would like them to be.”